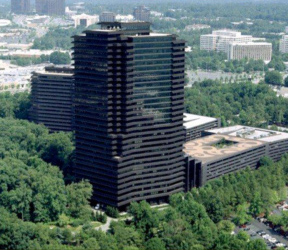 In 2005, after considering several national firms for the project, Eclipsys formally engaged Wyatt to represent the company as its real estate broker to identify office space alternatives and to negotiate for a new office facility for its Atlanta office headquarters in the Central Perimeter submarket. The initial requirement totaled approximately 82,000 square feet. Since the 1980’s, Eclipsys had resided in a Class B office building in the northern portion of the Central Perimeter. This former facility had limited amenities, below average access, minimally engaged ownership, and aging finishes. Under Wyatt’s advisement, Eclipsys took advantage of market conditions to upgrade their space and relocate to Ravinia III, the PREMIER trophy office asset in the submarket, and to secure a 10 year lease term which included full rent abatement for the first two years of the term and a generous tenant improvement allowance. In conjunction with this lease, Eclipsys determined it would place its national training center at this office location and exhibit this facility to its nationwide network of customers and employees.

Eclipsys has since merged its company with Allscripts in a $1.3 Billion transaction as of August 2010, currently trades under “MDRX” on the Nasdaq, has over $1 Billion in annual revenue, and over 5,500 employees.