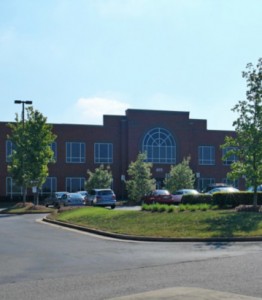 Phase I was immensely successful in that the project achieved greater than 95% occupancy within the first 12 months of delivery and included two Fortune 500 tenants, YUM Brands and Dan River, Inc., that occupied approximately 60% of the building. Phase II was delivered in a challenged office leasing environment after the dot com meltdown although Wyatt was able to secure quality tenants in BellSouth Corp., McAfee, and a local private bank which collectively totaled more than 50% of the building.

Ownership then engaged Wyatt to market the project for disposition to an investor. After a thorough and targeted marketing campaign, the owner selected an affiliate of Alex Brown Realty, an investment firm in Baltimore, MD, as the winning purchaser in a sales transaction in excess of $8 Million.