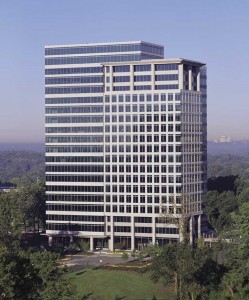 Railcar Management, Inc. (RMI), based in Atlanta, Georgia, upgraded its headquarters space in 2010 by relocating to Prominence in the Buckhead office submarket. Prominence was developed in 1999, is currently owned by TIAA-CREF, and is widely considered as one of the most accessible office locations in the submarket.

RMI took advantage of the recent departure of the previous anchor tenant which had resulted in a 30% occupancy rate at the building and realized extremely favorable lease economics by leveraging the market expertise of Wyatt Realty Company who negotiated on its behalf during an unusually favorable time in the cycle for credit office tenants. Wyatt recognized that the concessions being offered by Prominence were a temporary anomaly and advised RMI to take advantage of a narrow window of opportunity to negotiate and finalize a deal. The building has since consummated several large credit lease transactions bringing occupancy back to 70% resulting in a significantly reduced concession offering from this landlord.

RMI’s relocation involved the complexity of relocating its in-house data center which included the advantage of some reutilization of existing data center infrastructure already in place at Prominence.

RMI had occupied space in their prior building for approximately two decades and was able to upgrade to a much higher quality and newer office building while simultaneously reducing its real estate expenses.
The relationship with Harold Wyatt began in 1996 when RMI engaged him to service a real estate requirement which led to numerous real estate transactions over a fifteen year period and continues today.

RMI was founded in 1979 and provides technology based supply chain logistics management solutions for the transportation industry primarily in the railroad and shipping sectors. RMI was acquired in 2007 by Carlyle Venture Partners III, a private equity entity controlled by The Carlyle Group.

Railcar Management was acquired by GE Transportation in 2013.